I'm only gonna make it to 2 posts in February because this quilt took over my life.  I can't believe it's finally done but I am so glad it is and I am thrilled to reveal it to the internet on this day.  Just as images are made up of tiny squares (called pixels), quilts are as well.  Usually quilts are much more ornate using different shapes and pattern fabrics to make them but it's essentially the same thing.  During this project I made myself out to be a computer crafting an image from fabric pixels which inevitably ended up on the internet anyway.
It is quite literally a pixel quilt.  I took one of my patterns, Summer Melt, brought it into photoshop and pixelated it to the point where it had enough squares to make a feasible queen sized quilt and not too many squares that I would drive myself insane.  When the images are side by side you can see the resemblance but that's where it ends.  Meaning you can't tell what the original image is of, it just looks really awesome.  I ended up with 28 x 29 squares and made each square 3" when finished + a 1" border giving me an approximate final 86" x 89" quilt.

One of the beginning challenges of the quilt was going through every row and picking out a color that closely resembled the color of every square.  I used a Kona cotton solids bounty of basics box in addition to some supplementary fat quarter bundles to make up for the extreme lack of red tones in the box I was working with (below). 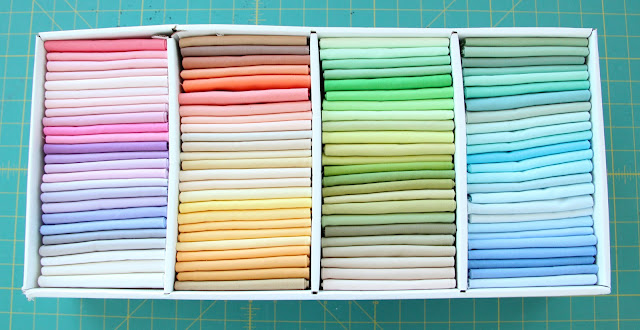 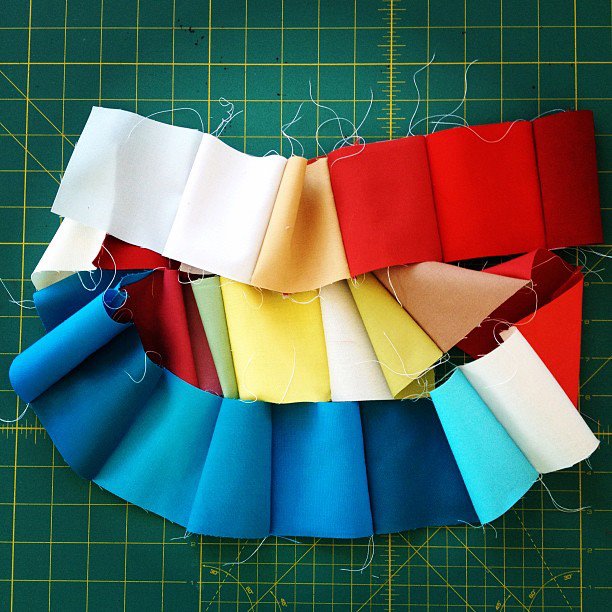 Below one of the rows of 29 squares I meticulously picked out after carefully and tediously inspecting the almost non existent differences between similarly toned fabrics. 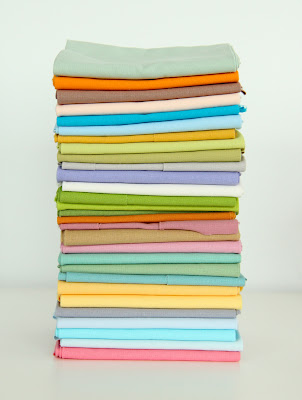 To illustrate further how long just making the quilt top took me, I made a time lapse of myself cutting out one row of the quilt, 29 3 1/2" squares (seam allowance included) squashed down into 43 seconds.  And golly gee do I wish it only took that long.  In real time it took about 14 minutes per row and with 28 rows that means I spent six and a half hours cutting tiny squares.  Look at me go:

After that madness it was on to sewing every single one of these 812 squares together. 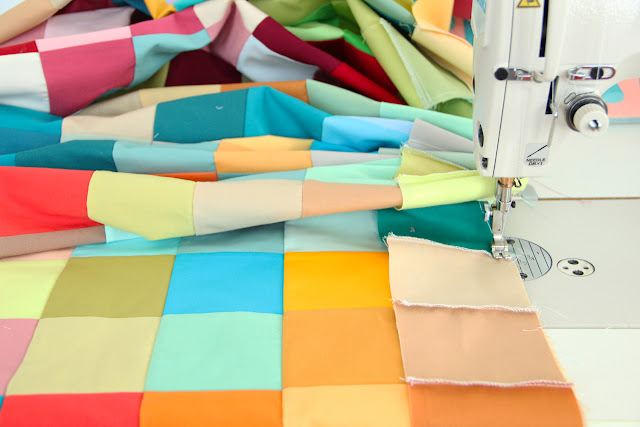 But not without serging and pressing every single one making it look super finished which hopefully means that it will never ever fall apart. 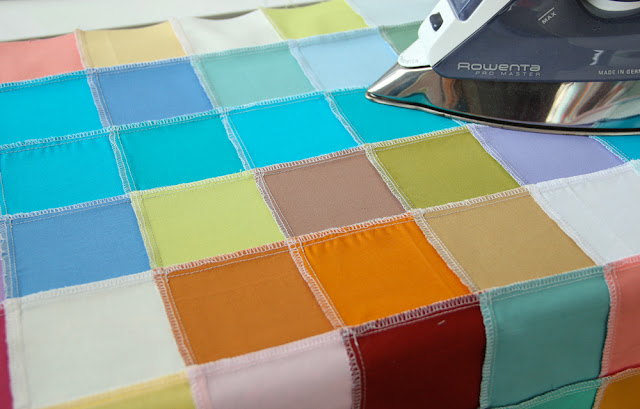 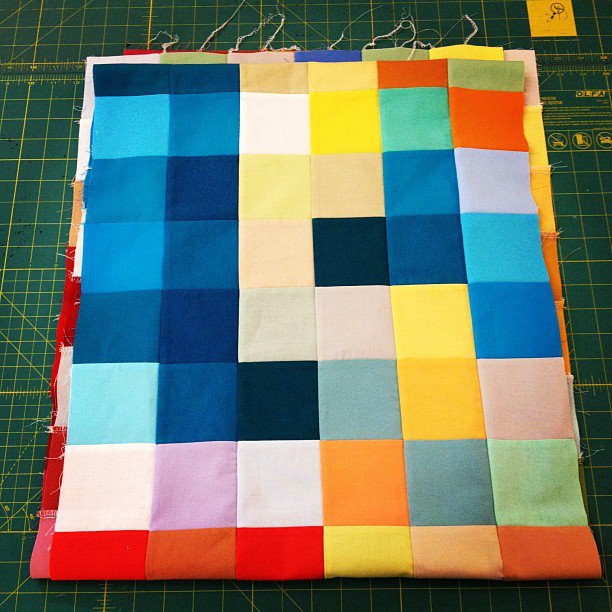 Time warp! (You didn't think I was gonna make you sit though all of that did you?) Quilt top is finished!  Also a white 1" border is sewn all around the edge. 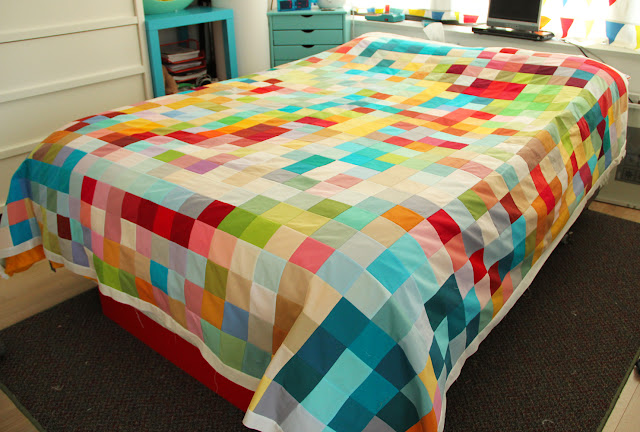 Teeny was clearly a big help throughout this whole process. 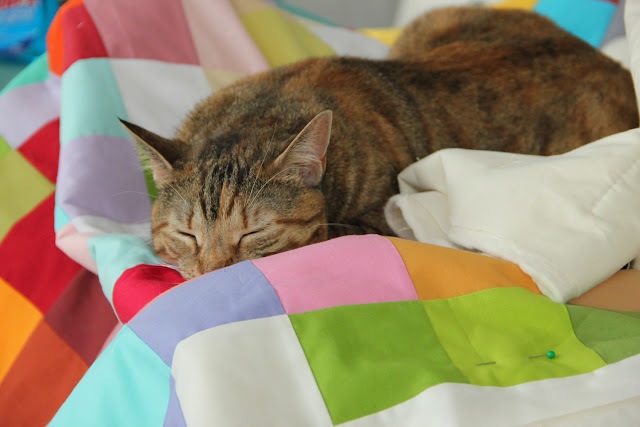 Once the quilt top was done it was time to make the quilt sandwich with the quilt top, batting, and quilt back.  For the quilt back I kept it simple and used a bone color kona cotton on the whole back side.  I sewed each vertical row in the ditch (on the seam) with clear nylon thread so that the quilt kept its crisp square pixel look without distracting quilting lines.

Next was the binding: cutting the strips, sewing them together, and pinning them to the quilt which I machine sewed on the front with 1/2" seam allowance, mitered corners, and hand stitched on the back because apparently I am crazy. 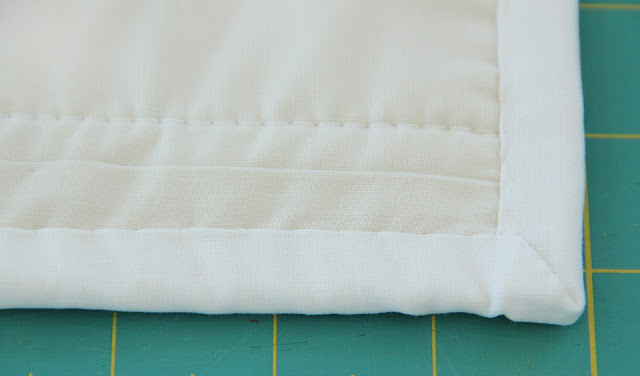 Shown above is one of the back corners after being hand sewn. 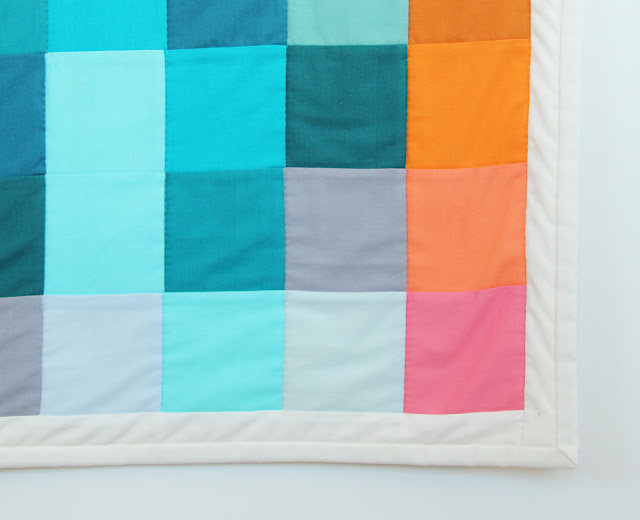 Here is one of the finished binded front corner of the quilt.  I love how it looks super crisp and clean (until Teeny my cat makes it her nest).

The moment you've all been waiting for, here it is the finished quilt in all its glory: 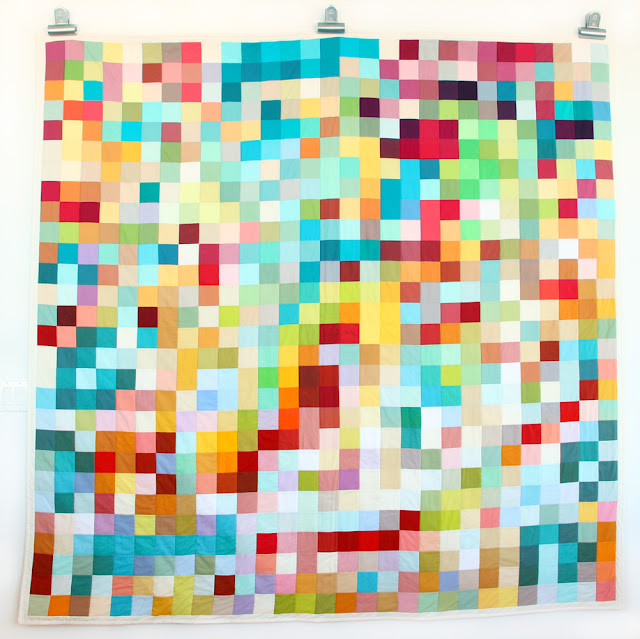 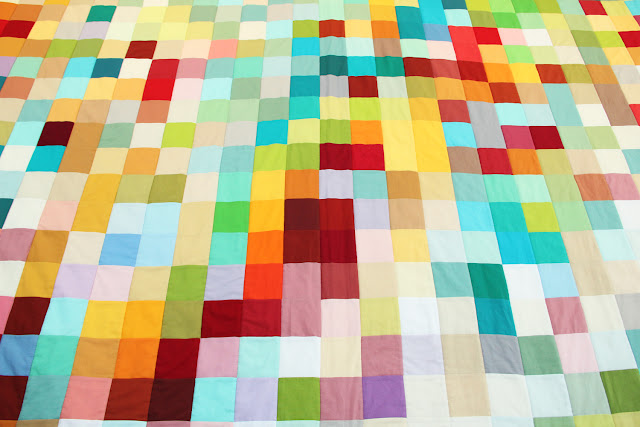 Below my arm is showing the finished back of the quilt which in all honesty is not exciting enough to get a whole photo to itself. 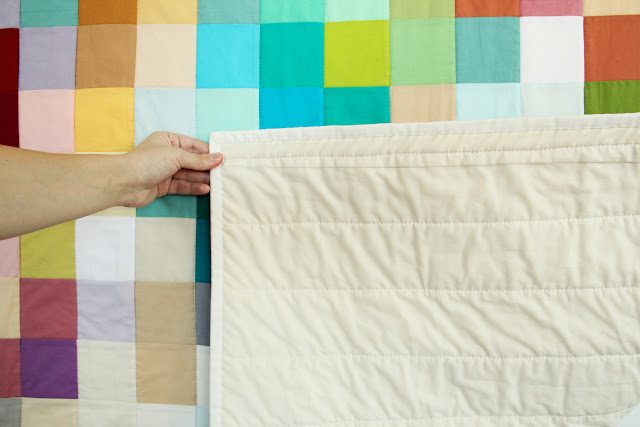 Just for fun I made a little comparison of the original pixelated image of squares I used as my color template and the finished quilt.  I think I did pretty well, what do you think?

After I did all that work it's a good thing I was making something to sleep under because I am tired, goodnight!
Posted by Julie Pinzur at 9:32 PM